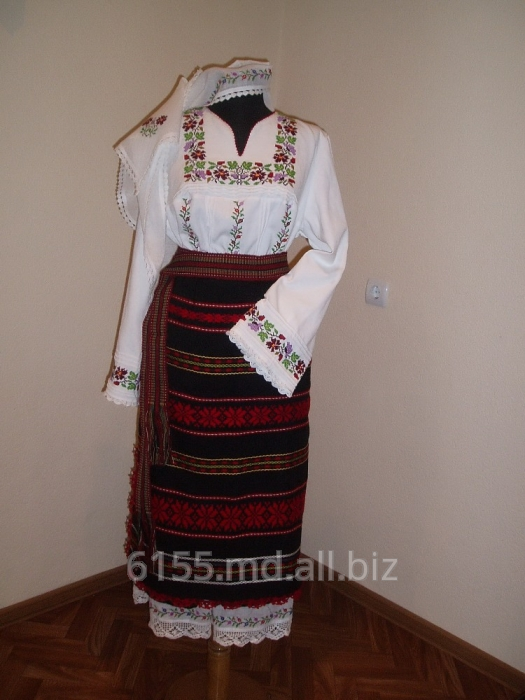 In stock
Reconfirm the price with seller
Seller
Casa Cristea(Kasa Kristya), II
Moldova, Chişinău
(View map)
+373
Display phones
Call
Products of other enterprises
Description
The Moldavian national suit is a variety of paints. At our magnificent and bright weather, it is just impossible to create something faded and not memorable. As the most favourite flowers were always considered: red, green, blue, white and a little brown. Fabric could be also various. It could be wool in a cold season, and there could be a linen or hempy cloth. Poor families used a cloth from hemp (it more rough). Lyon and cotton - families rich. Did towels with a fringe of silk, women them tied the head for holidays. All clothes were embroidered with a national pattern. In the past in Moldova there was no village in which women would not decorate with an embroidery homespun clothes, cloths, towels, curtains, pillowcases. Especially decorated with an embroidery clothes (usually festive). The national women's clothing is more colourful, than man's. In Moldova there are a lot of villages, cities and at each district the customs and the suits. The color scale, breed, finishing and many other things differ. The shirt which was two types of breed was the main part of the Moldavian women's suit: tunikoobrazny with a tselnokroyeny sleeve and with humeral inserts on the coquette. The shirt consisted of two parts: top and lower. The top part of "stan", was similar to a jacket. Always was open, it was sewed always from an easy cloth and decorated with an embroidery. The lower part of a poale shirt, always became covered by a skirt and for it used fabric, on more simply. But could put on "fata" from under which the lower part of a shirt is visible. Then the shirt was sewed from the best cloth and decorated with an embroidery or a pattern a merezhki.unikoobrazny shirt - the most widespread type of clothes in villages. It lived and up to now. Generally it is widespread in the north of Moldova and in the villages of Bukovina.
Contact the seller
Traditional women's sui