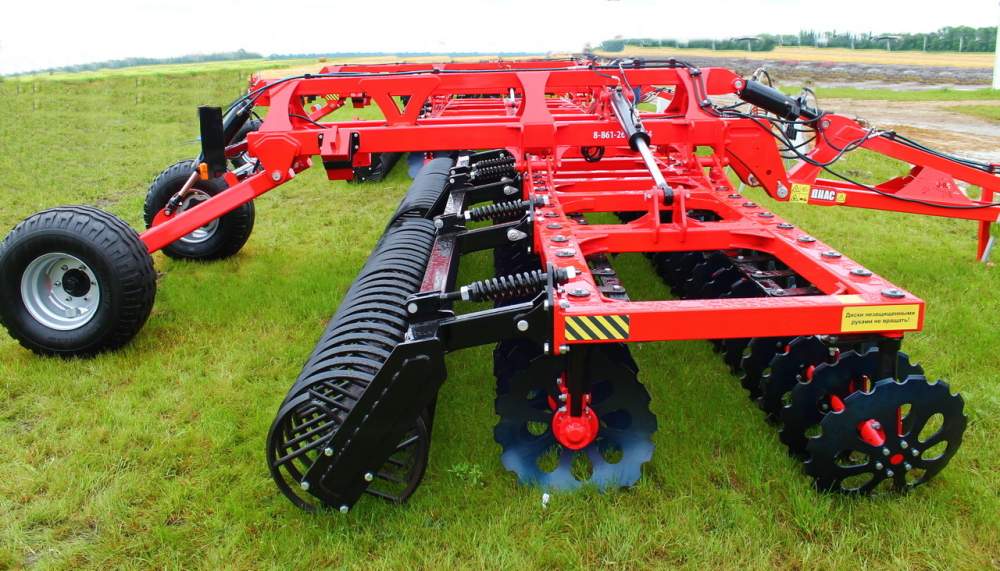 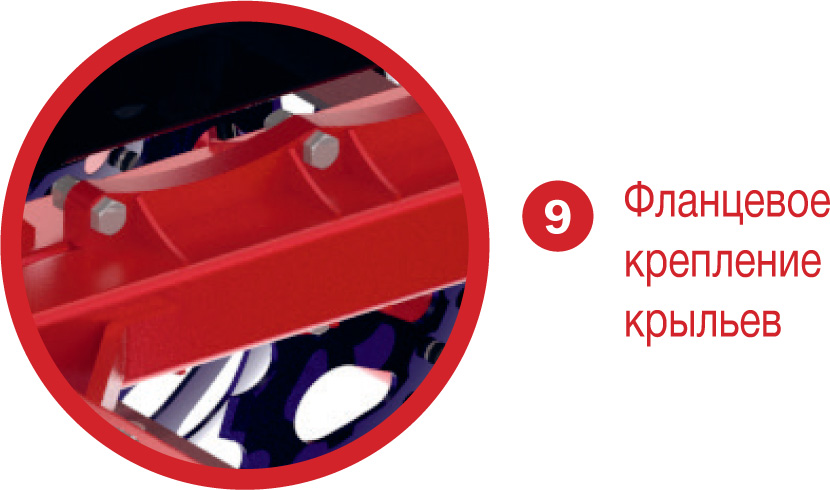 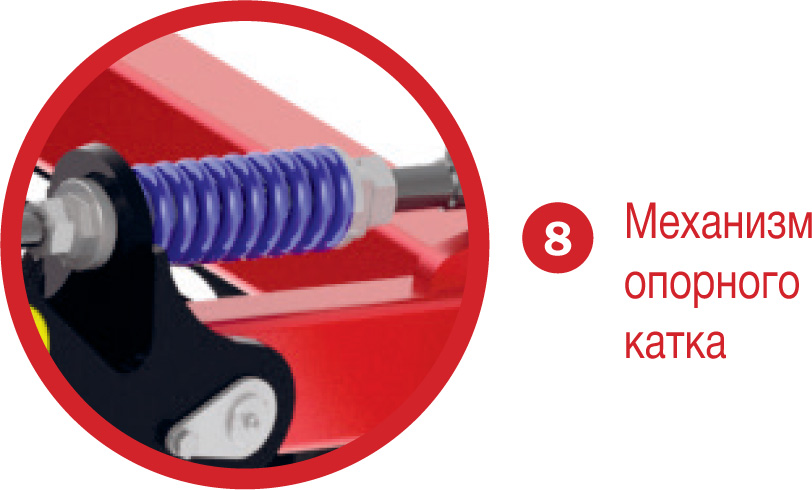 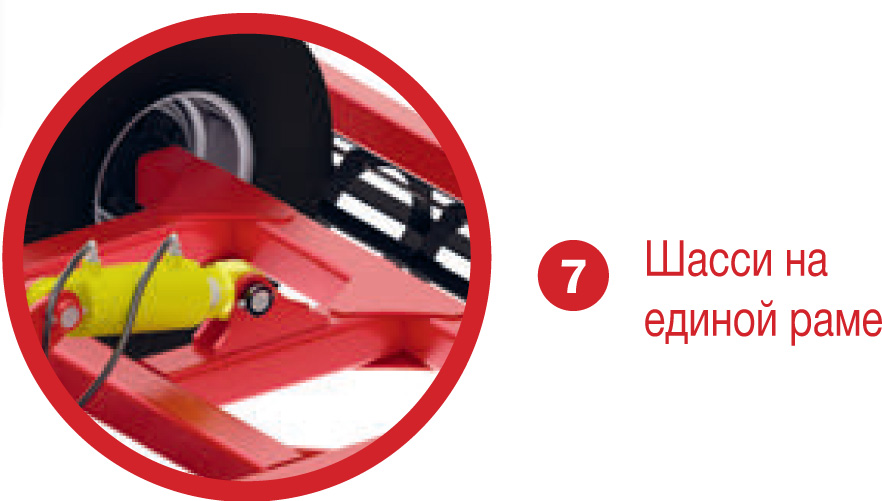 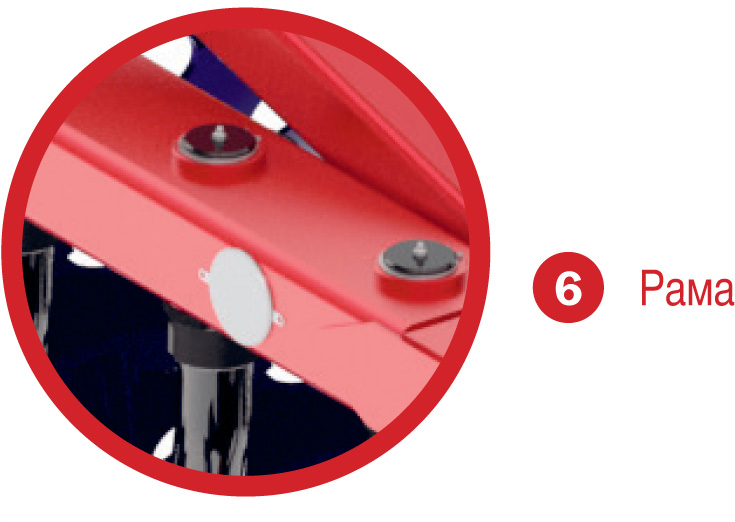 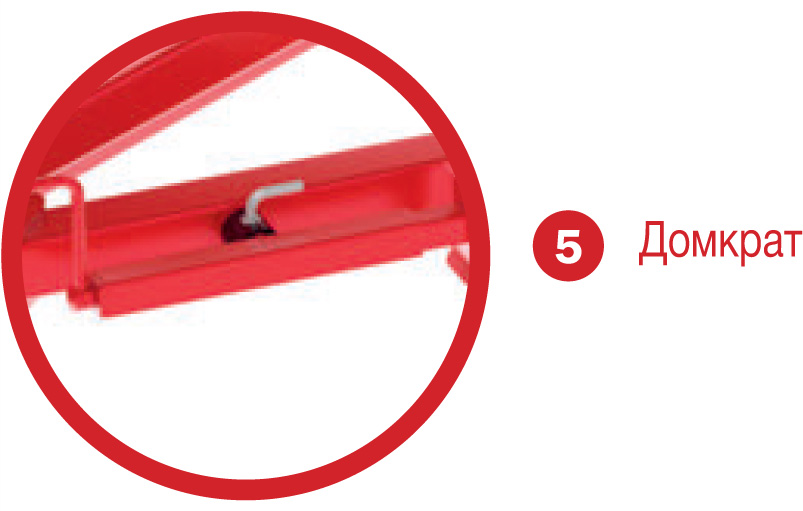 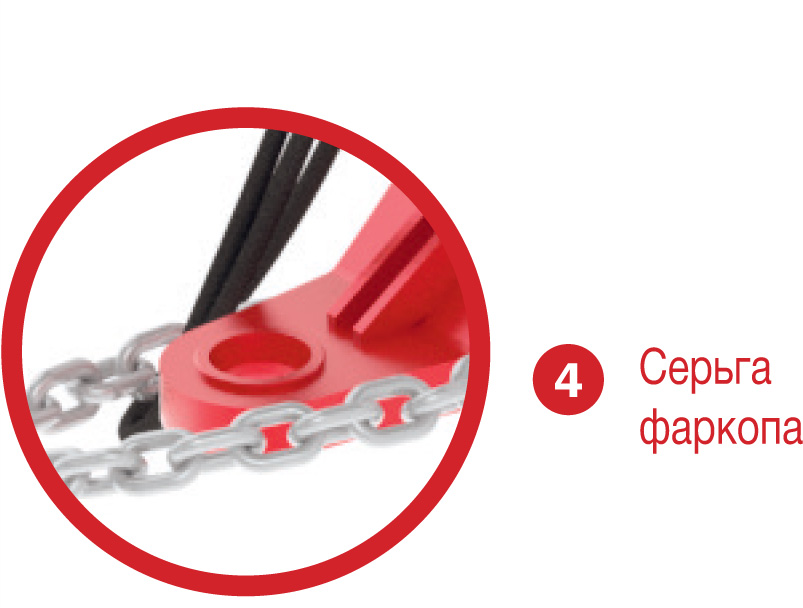 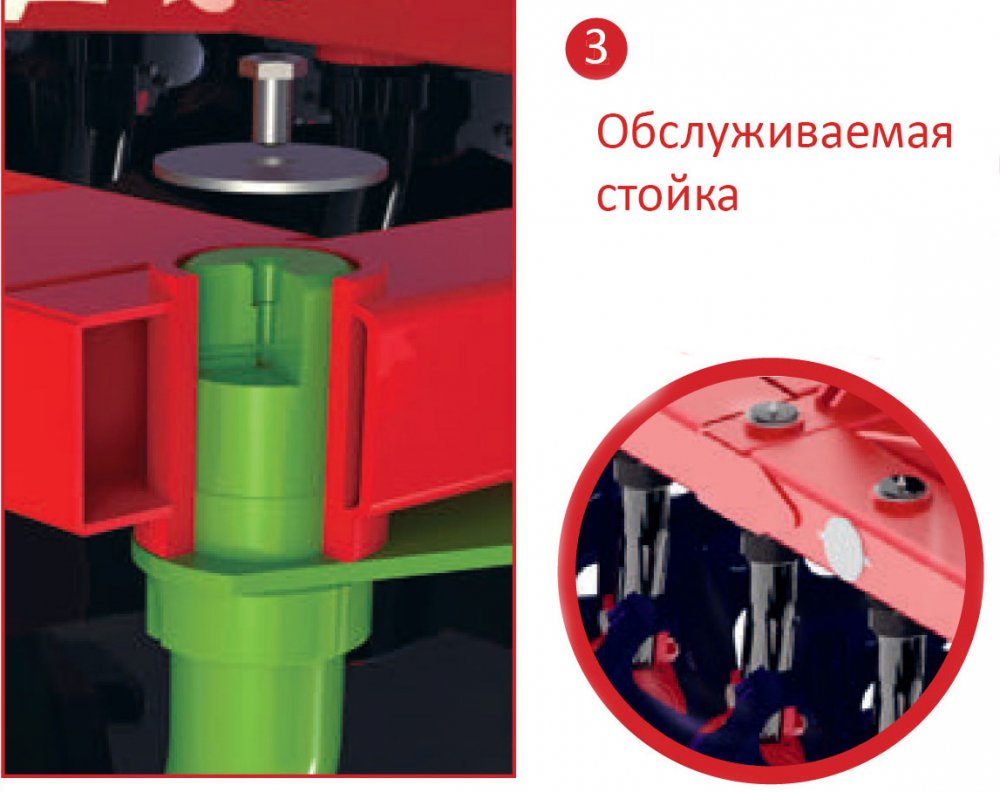 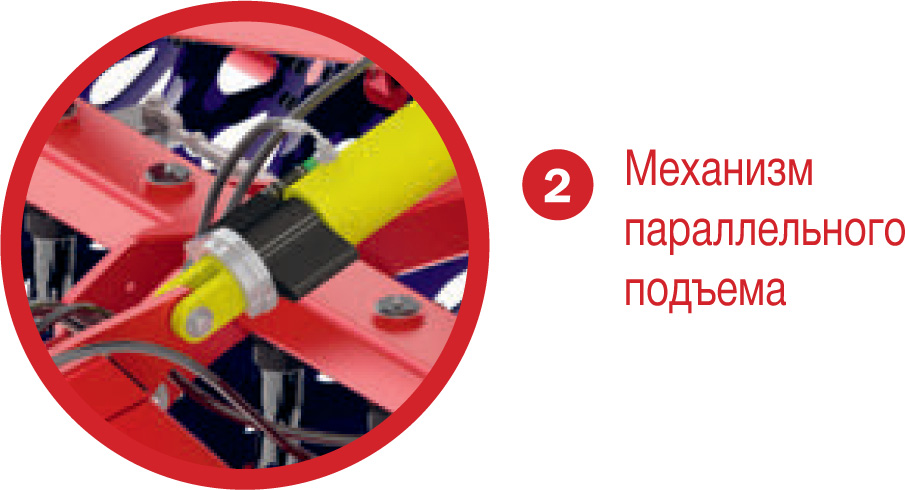 Harrow in this series are designed for surface processing of soil to a depth of 15 cm, the destruction of weeds, shredding of crop residues.

Represent disc tillage in which spherical wheels set obliquely on the individual stands, in two rows, with the possibility to change the attack angle drives synchronously in each row.

The advantages of the double-row Harrow include the relative compactness, maneuverability, the ability to be aggregated with tractors of small class.

Used in all climatic zones, on all types of soils, including podverzhannyh wind and water erosion, with humidity up to 40%, except for rocky.

Effective use of two-row disc harrows for processing finely contoured areas, processing between rows of orchards and vineyards.

Tillage in which spherical disks d = 560 mm fitted obliquely on the individual racks 2, 3 or 4 rows, with angle of attack change disks synchronously in each row.

PURPOSE: Surface treatment of soil to a depth of 15 cm, chopping crop residues, followed by their incorporation into the soil layer to be treated without prior plowing, weeding, rejuvenation meadows and pastures..

APPLICATIONS: The different climatic zones on all types of soils, including exposed to wind and water erosion with humidity up to 40%. Especially efficiently used for putting into circulation fallow land (except 2-row), the main and pre-processing in the system of minimum tillage and for peeling stubble, killing weeds, perennial grass cutting, working between rows of orchards and vineyards (hinged 2- rows), in rice paddies.

Hitching: Disc harrows "DIAS" production company can be aggregated with all types and classes of tractors used in Russia, including foreign production.

One passage disk "DIAZ" harrow equivalent to 2-3 passages conventional disc harrows, with less dependence on weather conditions;
Better alignment of the relief;
Combination 3 operations in one pass:
a) loosening the soil before sowing with state seal rollers;
b) destruction of weeds;
c) alignment of the field relief.

Lack of a single-axis winding eliminates clogging of crop residues and inter disc space. Failure of the cutter assembly does not lead to a long downtime of the unit. Replacing separate cutting unit or its components takes place relatively quickly.