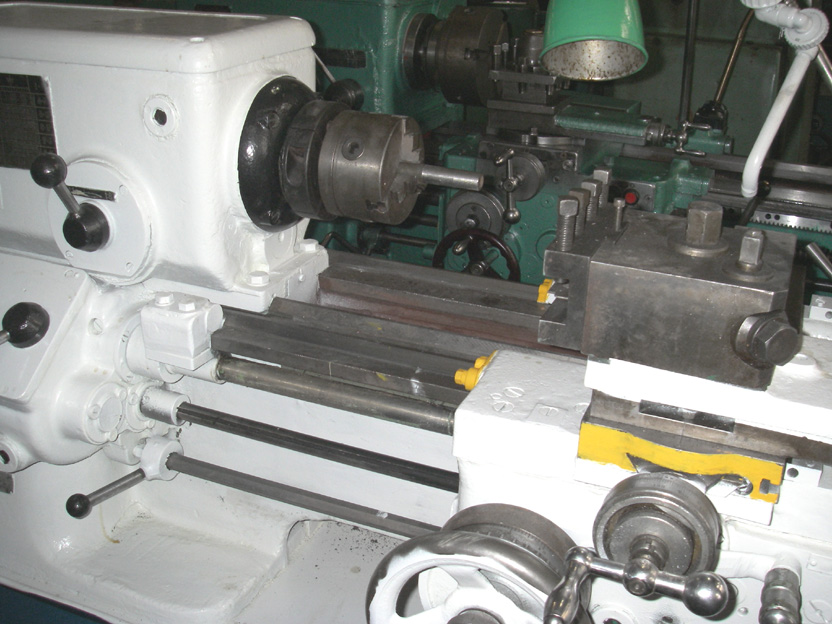 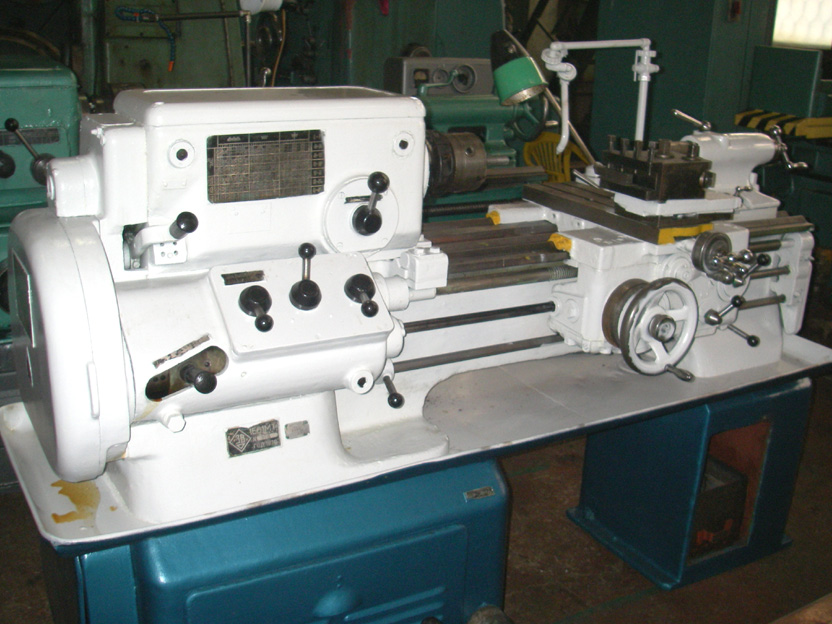 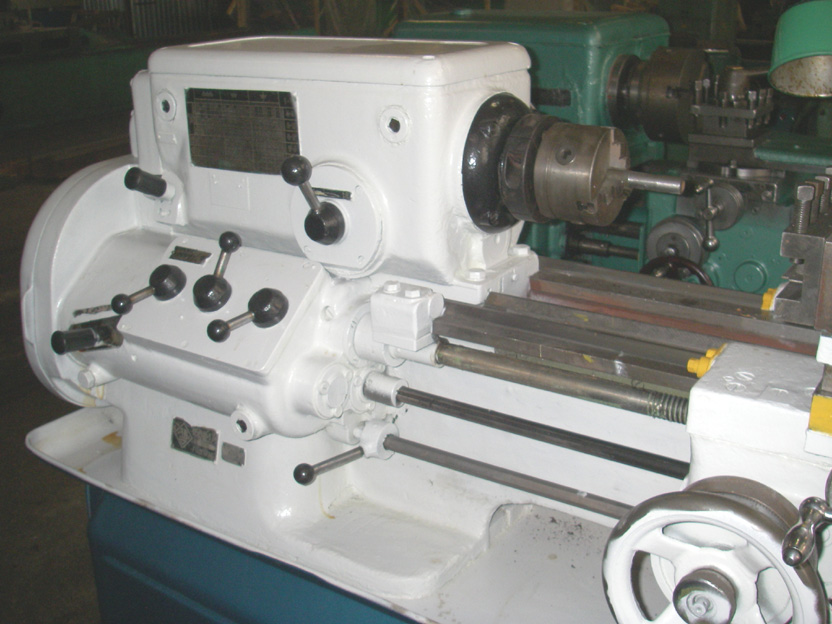 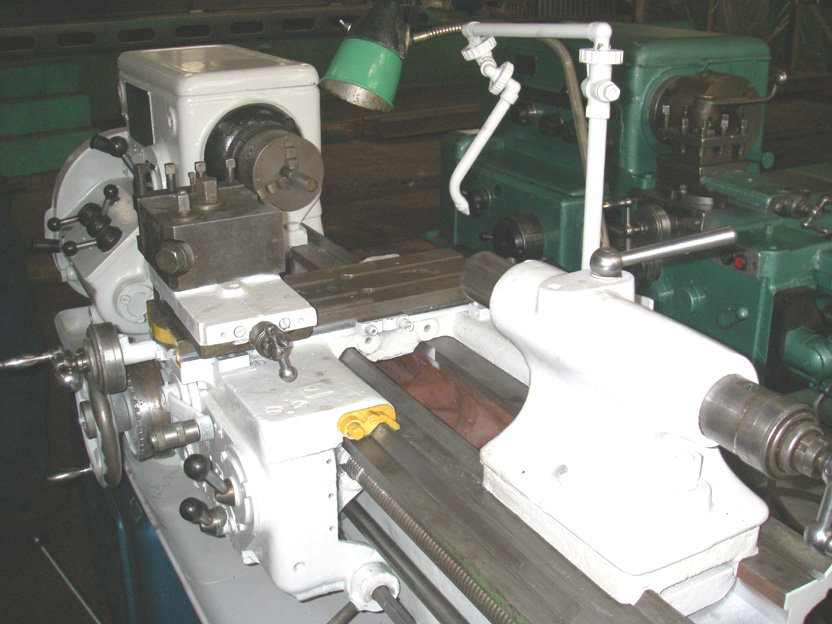 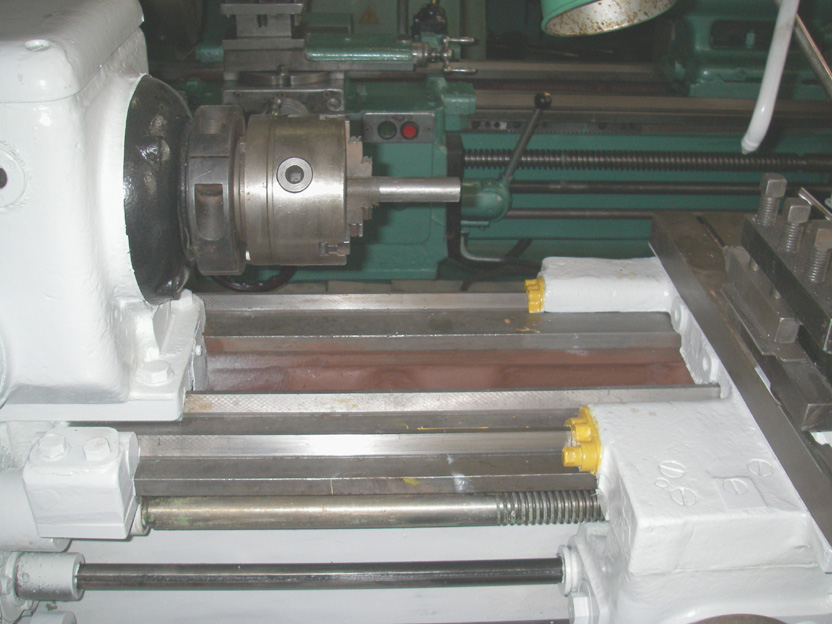 The turning screw cutter 1E61M of the increased accuracy is intended mainly for fair and semi - fair various turning and thread - cutting works.

The largest diameter of the processed bar, mm – 32

Over the lower part of a support, there is no mm -

In dredging, there is no mm –

Step of the cut carving:

Dimensions of the machine, mm:

1Е61М Appointment and scope of the turning screw cutter

Lathes of models 1E61M are created on the basis of the machine 1E61M and belong to the class of easy lathes.

Smooth cylindrical surfaces grind when fixing preparations in the three - cam boss with a cutter through passage.

Boring of cylindrical surfaces is a processing by cutting of previously drilled or raw opening a boring cutter.

Cutting, protachivaniye of flutes and cutting are carried out for the purpose of giving to preparation of a certain Form, the size and a roughness.

Processing of external conic surfaces depending on length of conical part and a corner of a bias of a conic surface can be ground a wide cutter, turn of a sled of the top longitudinal support, cross shift of the case of the back grandma by means of a copy and conical ruler.

Processing of openings. On the lathe it is possible to drill, and also to process openings (to ream, develop, coredrill, carry out cylindrical and conic borings).

Description of a design of the turning screw cutter

The drive of the machine is carried out from the 4,5 kW individual electric motor and the revolutions per minute of 1335.

Cutting of carvings of the increased accuracy is provided with a possibility of connection of the running screw directly with the corresponding set of replaceable gear wheels on a guitar, passing all chain of a box of giving.

The machine also allows to cut a carving of normal accuracy by means of a box of giving.

The chain of giving of the machine has a link of increase in a step by means of which eightfold increase in tabular value of giving and steps of carvings is reached.

Including a link of increase in a step, it is possible to make cutting of abrupt carvings, to cut through various abrupt spirals, to cut mnogozakhodny worms and to perform a number of special works.

In a middle part of the shpindelny grandma the driving pulley mounted on two ball - bearings is placed maple. Thus, the spindle is unloaded from a tension of maple belts.

Greasing of the forward grandma automatic, from the separate oil pump. Turning on of the main electric motor and turning on of the oil pump are blocked, than the possibility of work of the shpindelny grandma without greasing is excluded.

The supply of lubricant cooling liquid in a zone of cutting is made by the electric pump which turning on is carried out as required from the separate switch.

Reversal of the main movement of the machine — electric. Braking of rotation of a spindle is made by a countercurrent in the electric motor.

The electric motor used on the machine with the increased sliding provides increase of frequency of a reversal when cutting carvings.

Production capabilities of the machine considerably extend by means of a number of the additional accessories attached to the machine by the special order at additional expense.

The machine provides high precision at observance of the following items:

Main knots of the lathe, governing bodies and their appointments

Source of movements in the machine is the electric motor which through a box of speeds (reducer) transfers rotation to a spindle, and from a spindle through a guitar of replaceable cogwheels and a box of giving rotation is transferred to the running screw of m (when cutting a carving) or to a running shaft of N (at other turning operations).

Short preparations are fixed in the cam boss, and the right end of long preparation is supported by the center located in pintles of the back grandma.

The back grandma is used also for fixing and giving of a drill and other axial tool.

The support serves for implementation of movements of the cutter enshrined in the reztsederzhatel in the longitudinal and cross directions.

The mechanism of an apron will transform a rotary motion of a running shaft or the running screw to progress of a support.

Purpose of handles of management of a transmission of the lathe

Scheme of control of a guitar of the turning screw cutter

Features of dismantling and assembly of the machine 1E61M at repair

When dismantling the machine in case of repair or for other reason it is necessary to pay attention to the following:

Before removing the shpindelny grandma from the machine it is necessary:

To take out a spindle 1 of the case of the forward grandma, it is necessary to remove the top cover 24, back covers 12, 13 and a forward flange 2. Together with a back cover to take out the trenzelny roller 8. Since the end of a spindle to turn out a nut 10, previously to weaken the screw 11. Then to weaken a nut 3, and a nut 23 by a navertyvaniye on the plug 25 to weaken an insert 26, the gap between a spindle and an insert thereby will increase. To do in the same way with the back bearing of sliding. After to turn out lock screws of gear wheels trenzelya 15 and search 4. Further by means of the lead hammer to beat out light blows a spindle.

For removal of a pulley with a nave from the case of the forward grandma it is necessary to remove a back flange 14, to weaken the lock screw 6 and to turn off a nut 7, then to take out trenzel 9. It is necessary to weaken the lock screw 20 further, to turn off a nut 21, to weaken adjusting screws 19 and 16. After that in blows in an end face of a reboric gear wheel 22 to beat out a nave 18 together with a pulley 17.

To pick up the drain rubber phone 5 and to take out maple belts. Assembly of the forward grandma will happen upside - down.

Dismantling of other knots of the machine, in view of clarity of dismantle, the explanation does not demand.

Electric equipment of the machine

On the machine 3 three - phase short - circuited asynchronous electric motors on tension 220/380 B are installed:

The electric equipment of the machine is mounted on tension of 380 Century.

Similar company products
Contact the seller
The turning screw cutter 1E61MT (D32/320x710) of the increased accuracy, with a conical ruler