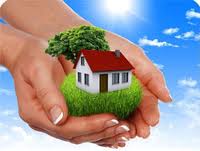 What is expanded polystyrene?

In the structure expanded polystyrene is similar to structure of natural material as bark of pith tree, it consists of micro granules.

The made foam expanded polystyrene is environmentally friendly and vapor-tight construction material. This material is not radioactive, chemically neutral (so, is not nutrient medium for bacteria and mold fungi), is steady against humidity, does not decay and does not contaminate ground waters, does not attract insects and rodents.

Externally expanded polystyrene is similar to polyfoam, but cardinally differs on the physicomechanical properties thanks to which has deserved special attention as heater and as form for fixed timbering which with guarantee maintains concrete pressure at monolithic construction. It should be added that expanded polystyrene is absolutely harmless, from it make forming packagings for foodstuff! On the external similarity it though is confused to polyfoam, but, during production of raw materials, exclude harmful impurities of phenol from it, and add additives which interfere with material burning.

Construction expanded polystyrene has been invented in the middle of the XX century. In Europe, Canada, the USA and other countries, long ago and the houses which are widely applying technology of monolithic construction using polystyrene foam fixed timbering, rather high requirements for ecology and sanitary standards, and so far anybody had no complaints.

The houses built on technology of molding of concrete in polystyrene foam fixed timbering have the following characteristics of walls.