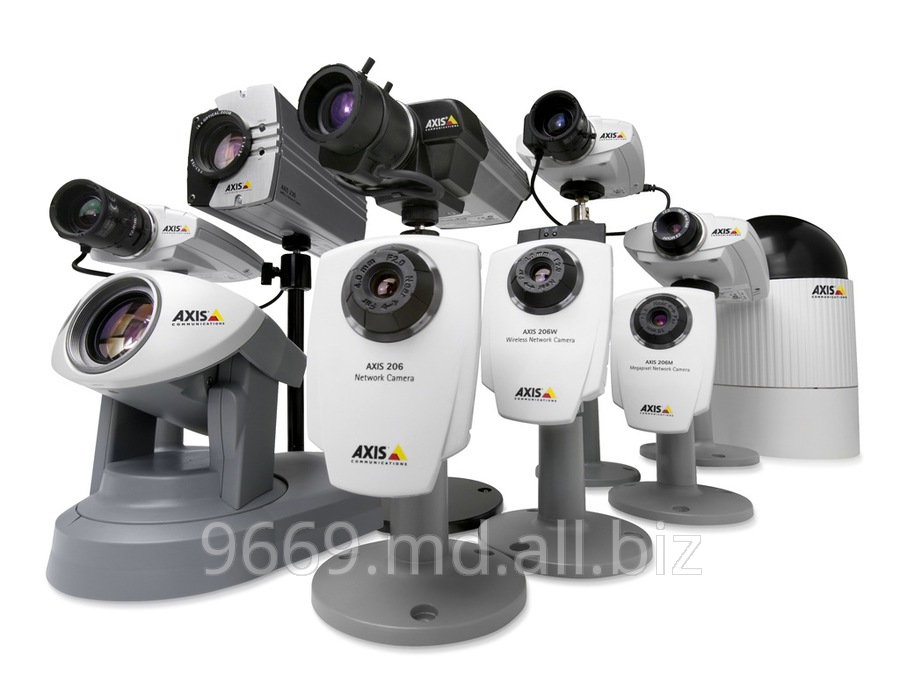 Video surveillance - one of the main and most effective types of safety in the technical means possessing the widest range of the realized opportunities: a continuity of control of the protected territories at any time, detection of the movement in controlled zones, accumulation of information on an event, automatic recognition and comparison of the registered information with archive, etc. Systems of video surveillance are an integral part of the modern dwelling, ensuring for being inside safety, convenience and comfort (it is not necessary to come off viewing of favourite TV programs to look what occurs outside or in other rooms), for security service of office - expansion of its opportunities and increase of reliability of protection, collecting important analytical information on clients and employees. At design of system of video surveillance it is very important to coordinate technical characteristics of the installed components with operational and tactical requirements to system in general. For video cameras the key question consists in the choice of number and positions of their installation, and also compliance of characteristics of lenses and vidicons of chambers to light and dynamic characteristics of observed scenes.

For work in special conditions of a chamber can be supplied with additional devices (for example, chambers of the round-the-clock supervision - infrared illumination). At the choice of positions of an arrangement of chambers on has to be "blind zones", it is also desirable to provide some overlapping of the looked-through zones with the next chambers. It is possible to apply the hidden or camouflaged video cameras for safety of the system of video surveillance or to distract from them attention installation on imaginary positions of simulators of video cameras models (the leading producers of components of systems of video surveillance surely have them in assortment, and many protected objects have "open system" of video surveillance from such "chambers" and real of hidden). It is very desirable integration of system of video surveillance with other security systems. Instead of monitors it is possible to use also a usual TV-network, having transferred images from several chambers to free TV channels.

Is included in the standard package of systems of video surveillance:

Our company represents a wide choice of the reliable video cameras developed on the basis of the latest accessories. The model range will allow you to create the reliable system of video surveillance capable to work at any illumination and in any climatic conditions. We offer you surveillance cameras:

Digital systems of video surveillance and control of access even more often replace analog. As a rule, they are based on the basis of ordinary personal computers (with a possibility of a data recording on the hard drive and control on the Internet). The video signal institution in the security server is carried out by means of video input PC payments. At the same time connection to 16 multiplexed channels is possible. The number of nemultipleksirumy channels depends on concrete model of a videocard (from 1 to 8).

The offered system allows to work in the mode of video surveillance, video registration and video protection.

Basic element of the system of video surveillance (SVS) is the computer television system of registration and telesupervision. This computer system is equipped with four plugs of video input, each of which digitizes four video channels. She allows to record the video image to 16 video cameras with 1 hard drive of the computer and at the same time to look through record on the same computer either on a local network or through Internet the current image from chambers. What allows, using an internal telephone network (a network between houses and an office building) to conduct work with SV not only the operator of security service, but also to the resident of the house both with the allocated room, and with the personal computer. For economy, only the real movement in a shot registers. The detector of the movement is adjusted on sensitivity and zones.

Such system provides performance of the following functions:

- Input of black-and-white or color video to 25 frames per second from one Video of the card (at connection more than one chamber arise multiplexing and the total of shots from one card is divided into all cameras of the card, but the coefficient of division can be changed).

- The multizonal detector of the movement with adjustable sensitivity.

- The fast compressor allows to make record of a large number of shots on a local disk and to transfer the image of chambers to removed clients, and each client can regulate the number of frames per second and quality of the picture. The video information registers in hard drives in the ring buffer. The size of the buffer is limited only to the sizes of hard drives. After filling of the buffer the new video footage "pushes out" necessary quantity of old frames. The total of shots in the ring buffer constantly changes as the video footage has the different sizes. An opportunity to arrange on the screen any number of cameras in any order, to keep the chosen configuration of the display and to switch various configurations of the display by one pressing of a mouse or automatically.

Full-screen browse mode of the image.

- Work in the background with an opportunity to place in any place of the display the small monitor for supervision of the image of chambers.

- Viewing of a videoarchive does not demand a stop of record and has very convenient interface of the user. There are functions of preservation of part of a videoarchive in the file, improvements of the image of one shot and its preservation in a JPEG format. Unique function of automatic search of change in the chosen zone of any of chambers is offered. Each user of system can forbid viewing of separate chambers. Remote administration of system in the terminal mode allows to register or remove the user, to make diagnostics or control of system. The possibility of long work without service is provided with automatic daily check and packing of index files of video base.