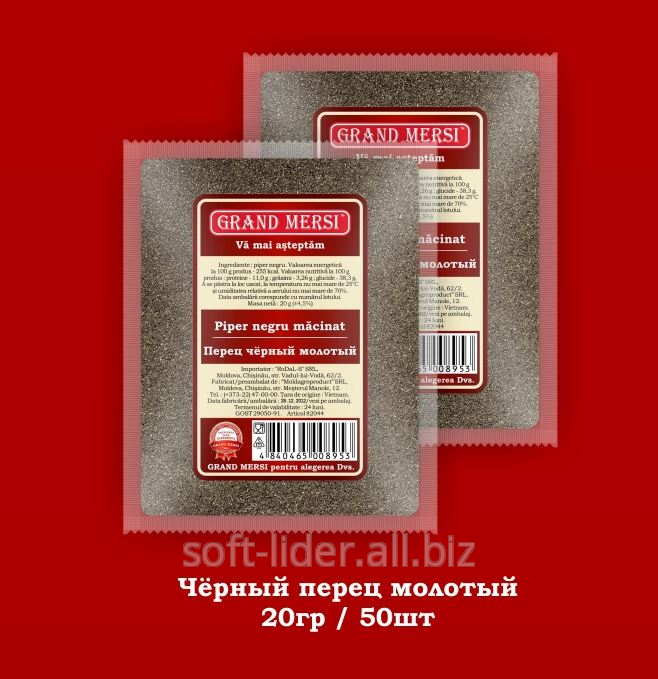 Black pepper (Latin Piper nigrum) - known also as the king of spices - the most widespread spice in the world! She is from India, from Mali-bakhara, from here and the name "malabar-Skye berry". Spice black pepper is used by peas or in a ground look. The word "pepper" comes from the dravidiysky word "pippali". Ancient Greeks and Romans changed the word to "piper" as mistakenly believed that black and long pepper is the same plant. Later this word began to call also other spices, including red hot pepper and allspice.