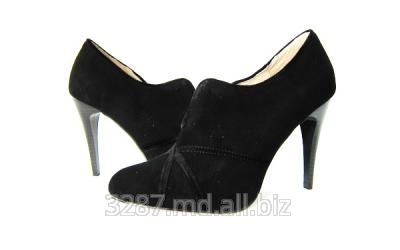 In stock
Price:
649 MDL
Seller
SA Zorile BU Real Estate
Moldova, Chişinău
(View map)
+373
Display phones
Call
Products of other enterprises
Description
The Zorile company — the largest Moldavian producer of leather footwear which is laying claim to the first national shoe brand. The main area of work of the company - classical footwear from genuine leather for women, men and children. Annually the company represents 2 collections: "spring-summer" and "fall-winter". For the last year the range, quantity of models and styles considerably extended. If in 2008 the footwear of 2 directions was issued: for men and children, in 2010 - already all 3 directions, including and the footwear for women, also already extended footwear stylistics from traditional classics to footwear like kezhuat. The separate attention is paid to introduction to modern technological features in production of footwear which allow to make everyday walking convenient and comfortable.
Now the footwear presented in company shops can be found under the Zorile subbrands: B.motion and E.motion - the daily line of men's and women's shoes, Impresso - the classical line of men's and women's shoes, and also Picci - the daily line of children's footwear.
Contact the seller
Shoe boots are female