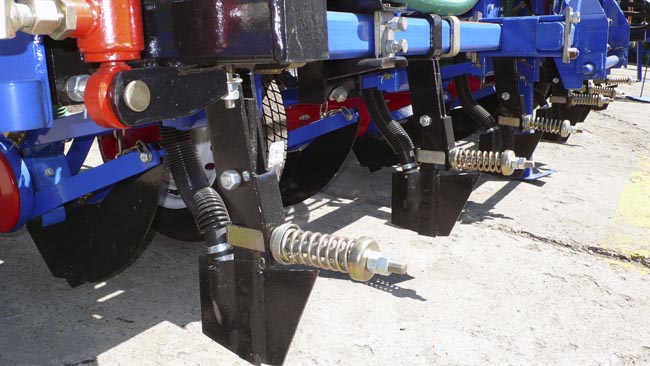 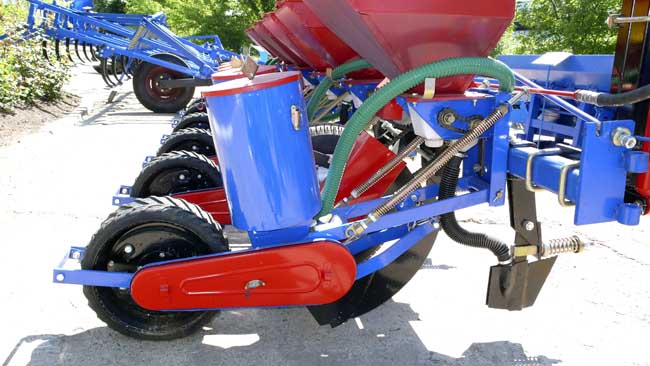 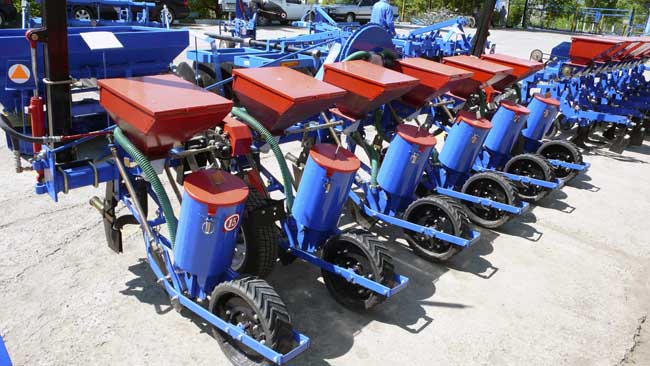 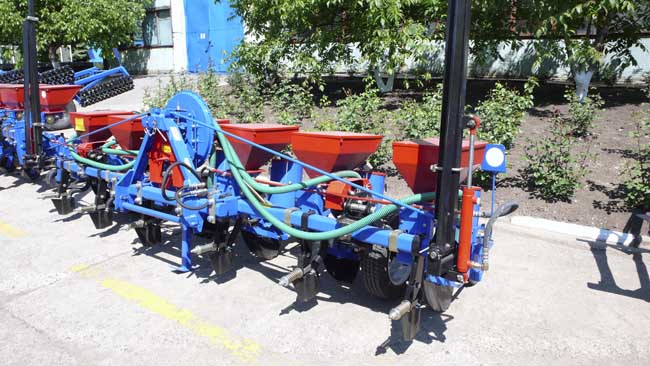 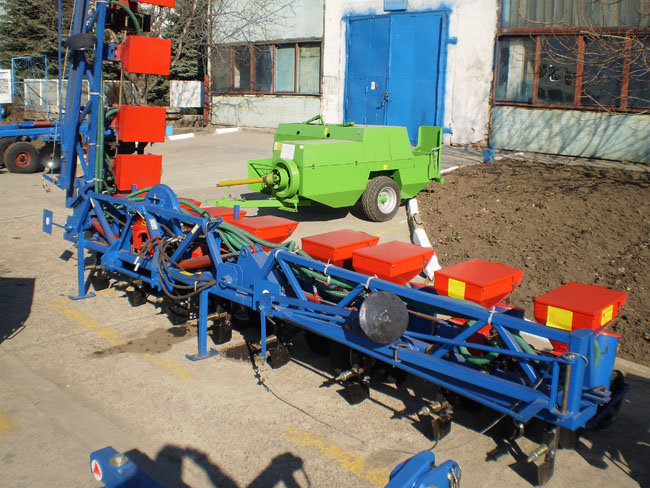 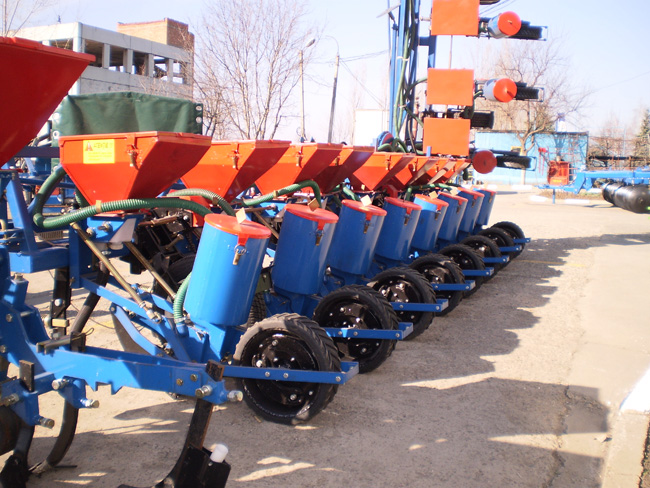 The pneumatic seeder of exact seeding like SPP is intended for exact crops of propashny cultures in the dotted way on one or two grains in a nest at the set distance between nests. Thanks to a wide set of the sowing disks of a seeder can carry out seeding of corn, sunflower, peas and other cultures with similar in forms and the sizes of seeds, with a width of row-spacings the 45-70th. Seeders like SPP/FS are equipped with the device for simultaneous, with crops of seeds, entering into the soil and the mineral granulated fertilizers.

Advantages of seeders like SPP:
1. At the VOM connection, the exhauster starts moving, thereby, creating pressure of vacuum which by means of hoses of low pressure creates vacuum in a chamber of discharge of the sowing device. Thanks to vacuum, seeds which are in a food chamber are attracted to openings of the sowing disks.
At the movement of a seeder disks are set in motion. Rotating, they move seeds to the device of introduction them to the soil. The seeds captured by a disk pass by an adjustable stripper which deletes surplus of grains, leaving only one or two grains on each opening of the sowing disk.

2. Along with entering into the soil of seeds, there is a possibility of introduction of mineral fertilizers by means of the device which allows to regulate norm of application of fertilizers, depending on quantity necessary on one hectare and like fertilizers.

3. For increase of reliability of transmission in the device for introduction fertilizer and seeds to the soil, the strengthened driving asterisks and chains were established.

4. For increase of productivity and an exception of handwork in the course of crops, markers were equipped with hydraulic system that gave the chance to operate markers from a tractor cabin.

5. By request of the client, seeders like SPP can be equipped with the device of electronic control of seeding. The device is intended for the collecting, processing and a conclusion to an information display given about the current indicators of a consumption of sowing material on unit of the passable way, and also accumulation of information on characteristics of a zasev of the field.