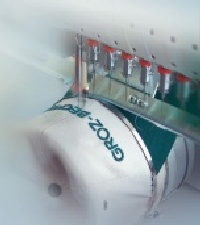 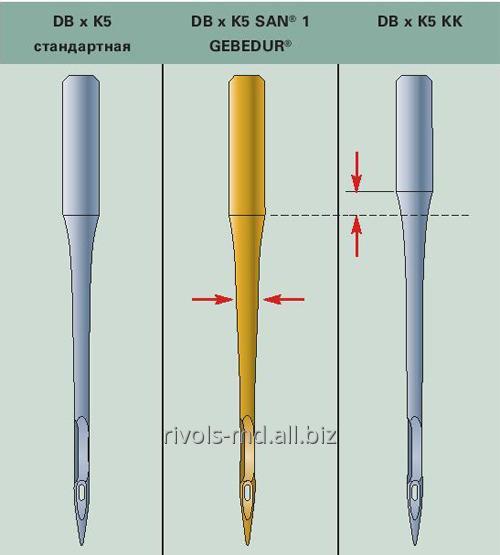 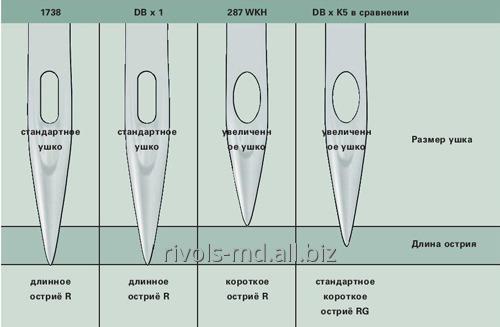 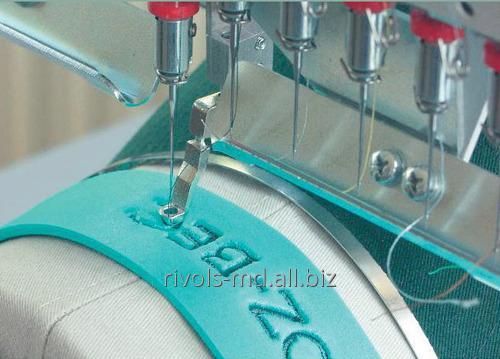 The Eagles Groz-Beckert for a single-head and mnogolovochny embroidery - perfect embroidery on industrial embroidery machines.

In the area one - and a mnogogolovochny embroidery on modern embroidery machines there are no borders to creativity. In recent years considerably the amount of the materials used for embroidery increased.

The 3D embroidery, embroidery on skin and technical textiles, on multilayered materials and materials with special coverings is in many cases difficult conditions for work of an embroidery needle, especially with increase in speed of embroidery.

Groz-Beckert makes needles for embroidery on geometry and accuracy conforming to difficult requirements of the market:

The original needle for one - and a mnogogolovochny machine embroidery was developed for modern high-performance cars.

When developing geometry of a needle the following items were taken into account:

Stability of a needle for DBxK5 embroidery machines

Unambiguously the system of a needle DBxK5 has the best stability. Thanks to constructive even the standard needle of Groz-Beckert DBxK5 on degree of resistance to a deviation shows much higher rates, than other needles applied to embroidery.

SAN1 GEBEUR thanks to the constructive signs and the titan-nitridovomu gives to a covering the maximum protection against wear at the highest stability.

The design of a core of a needle of KK execution corresponds to a standard needle. Thanks to short degree of resistance to a deviation is much lower.

For specific application the following forms of an edge of needles for an embroidery are had on hand:
FG/SUK
FFG/SES
R

Other systems of needles for embroidery

Stability of a needle

The systems of needles specified here were made not only for embroidery. On application signs these needles first of all are intended for a machine seam.

Their stability and resistance to a deviation are specified in the chart and are comparable with DBxK5 options.

The known problems in application of embroidery needles and possible decisions.

Use of a needle for an embroidery on jersey

For a material damage exception, embroidery on jersey almost always demands application of needles with a round edge.

For thin jersey take a standard edge of RG (also FFG), and for jersey of large knitting — FG an edge.

Needle thickness also considerably influences possibility of damage of material in the course of an embroidery. Anyway, it is recommended to try various numbers of embroidery needles for obtaining desirable result.

At such embroidery the increased stability at the simultaneous sparing relation to material is demanded. These properties the system of needles DBxK5 in all sizes has.

Uneven drawing of an embroidery

Use of a needle for embroidery machines on skin

At embroidery on skin the significant role is played by the choice of a form of an edge: both for drawing clearness, and for its quality. The cutting edge will not approach here. A cut of threads, perforation of skin and uneven piercing when changing the direction of an embroidery — will be result of application of a needle for industrial sewing machines with the cutting edge. For thin and average skin the embroidery needle with RG an edge well proved to be. For rough skin it is recommended to apply needles to embroidery machines with R or SD an edge.

As puncture force very big, a needle has to be stable. The system of a needle DBxK5 SAN1 GEBEDUR conforms to this requirement.

One of the highest requirements show to needles for three-dimensional embroidery.

For obtaining 3D effect it is necessary to enclose under an embroidery and to fix by adhesive substance so-called penotkan / foam rubber. Fixing of this laying causes the increased friction of a needle and thread. Besides, in the field of embroidery of the drawing cross seams where force of a puncture and force of a tension of thread are very various very often meet. Therefore the applied needle has to fulfill the following requirements:

Compliance to all these requirements was realized by means of change of a design not only at the standard DBxK5 system, but first of all at the DBxK5 SAN1 GEBEDUR system.

After embroidery on pro-masonry material, it has to be removed from the embroidered product. That is it is necessary to remove the penotkana remains accurately.

The desirable result at an embroidery of the 3D drawing will be achieved, with a certain accuracy of piercing if penotkan remains is covered with the embroidered thread and and damages of material will be absent. The uniform and beautiful drawing as result of three-dimensional embroidery by Groz-Beckert needles on the person.

Program of embroidery needles for single-head and mnogogolovochny cars