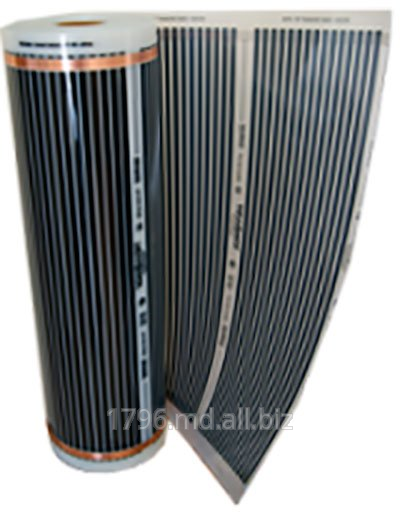 The system eats from the alternating current main of 220 V under control of an electric temperature regulator that allows to minimize energy consumption on heating by an operating control of temperature in each concrete room. At the same time the maximum level of comfort of the people who are in it at minimum possible air temperature is reached. Features of a design and the principle of action of system of an infrared film heater practically excludes existence of the electromagnetic field which in a varying degree is present at any heater of cable type.

It is clear, that reliability and overall performance of film heaters directly depends on the choice of the manufacturing company and, certainly, the most exact observance of recommendations about technology of installation and rules of use of heaters. Our company offers you production of the GH System company (South Korea).

The GH System company is one of the largest the South Korean producer of the film heating systems based on use of distant infrared radiation. Its production already long time is delivered, more than to 15 countries of the world, among them — the USA, Canada, Japan, the countries of Europe, Russia, China, Kazakhstan and others.