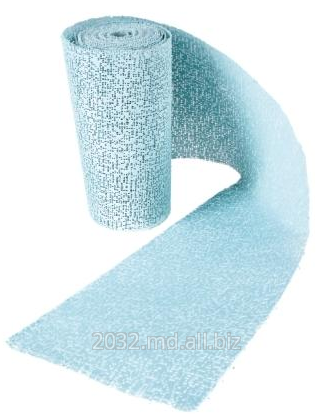 In stock
Reconfirm the price with seller
Seller
Ghips-Biruinta (Gips- Biruinca ), OOO
Moldova, Beltsy
(View map)
+373
Display phones
Call
Products of other enterprises
Description
SRL "Ghips-Biruinta" was based 01.04.1991 as the producer of high-strength and forming plaster. And in 2000 the enterprise began to make plaster bandage. Regarding production of plaster bandage the company since 2009 began to make the production on new technology, more modern on the import equipment. The bandage plaster - represents gauze strips with the medical plaster recorded by means of material, bakteriostatichesky and indifferent to an organism, 10,15 and 20 cm wide, 2,7 and 3,0 m long which are curtailed into rolls and are hermetically packed into a polyethylene film on one bandage in a package. On each package date of production is put.
Density of bandage makes 380-420 g/m2, the term of formation of a steady form of 3-5 minutes.
The linear sizes (width x length, in centimeters): 10x270, 15x270, 20x270, 10x300, 15x300, 20x300.
Contact the seller
Gypsum medical

We recommend to see
Gypsum
To Compare the Products
×