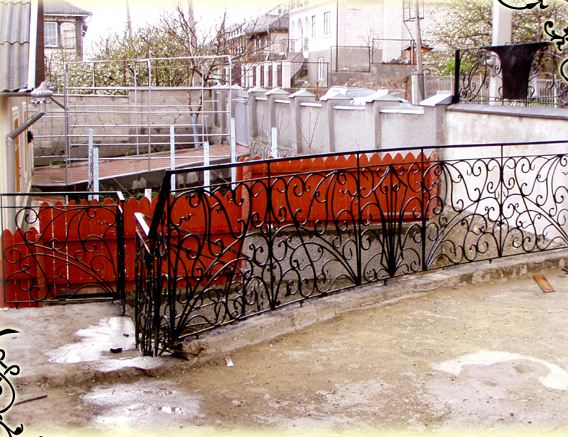 In stock
Reconfirm the price with seller
Seller
Vaconda-Art, SRL
Moldova, Chişinău
(View map)
+373
Display phones
Call
Products of other enterprises
Technical characteristics
Description
Decorative shod protections carry out obviously expressed esthetic function therefore shod elements become complicated, representing, often, exclusive motive according to sketches of the customer or master of forging. Decorative wrought-iron fences differ according to the style decision - classical, Gothic, vanguard, in Baroque style and the modern directions. Often, style of a protection is in harmony with the general style of an architectural complex of the protected object though also mixture of styles for originality giving is possible. Also distinguish shod protections on uniformity - the mono and combined protections. At the same time protections mono include only shod elements fastened with collars, or, as a last resort, to welding application. Fixing collars can also be beaten in various style options that they were organically interwoven into the general motive of drawing of a fence. The design turns out rather heavy therefore it is required to strengthen considerably rod posts, driving and concreting them on sufficient depth, to 0,7-1 m. The combined shod protections are characterized by presence of stone, concrete elements or a bricklaying at rod posts, columns, and also decorative wooden elements, especially, in a design of gate.
Contact the seller
Fencings are decorative