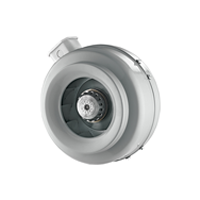 In stock
Reconfirm the price with seller
Seller
Autehton Grup, SRL
Moldova, Chişinău
(View map)
+373
Display phones
Call
Products of other enterprises
Description
The fan — the device for movement of gas with extent of compression less than 1,15 (or a difference of pressure at the exit and an entrance no more than 15 kPa, at a bigger difference of pressure an ispolzuyutkompressor) [1].

Main application: systems of compulsory forced-air and exhaust and local ventilation of buildings and rooms, having blown in the heating and cooling elements in devices of heating and air conditioning, and also having blown in radiators of cooling of various devices.

Fans are usually used as for air movement — for ventilation of rooms, cooling of the equipment, burning process airsupply (blowers and smoke exhausters). Powerful axial fans can be used as propellers as the rejected air, according to the third law of Newton, creates the counteraction force operating on a rotor.