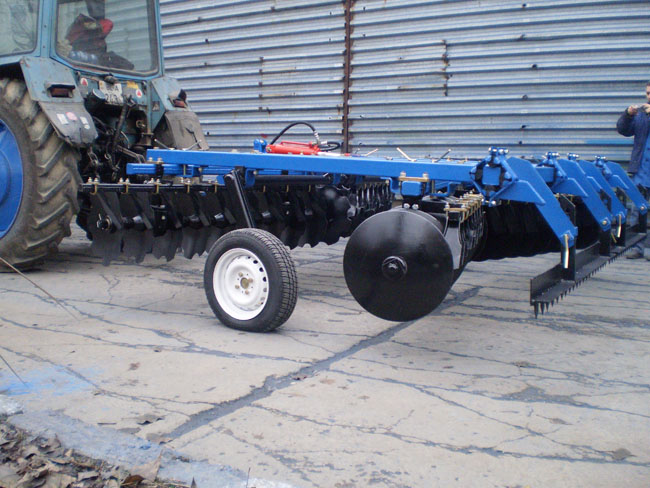 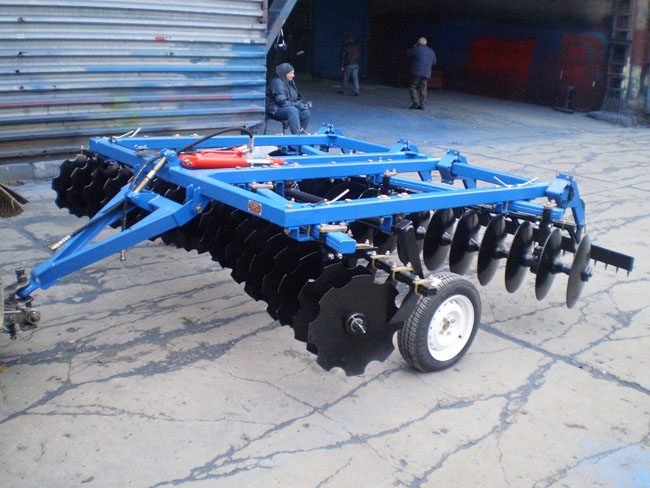 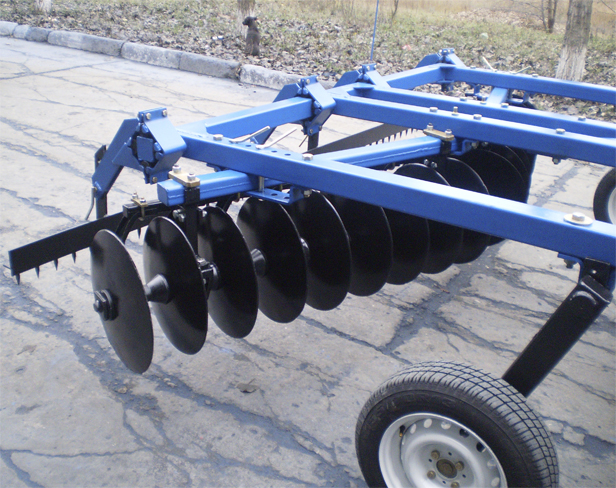 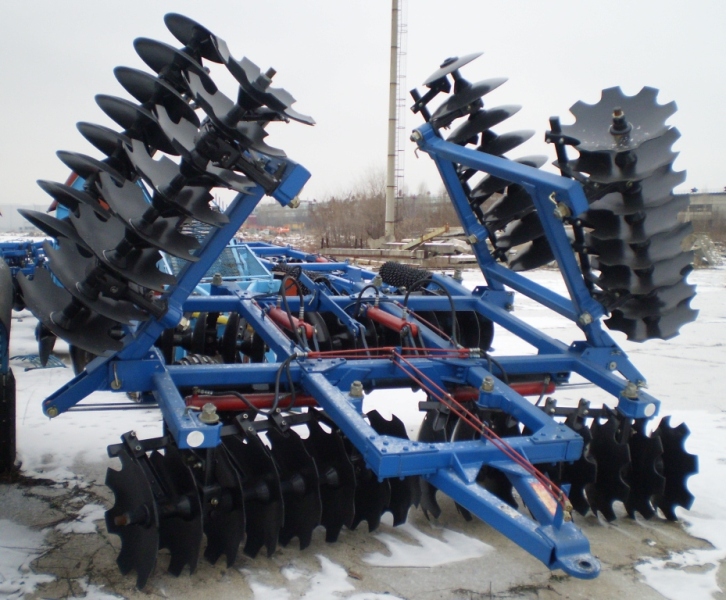 The harrow disk easy GDU is intended for processing of the soil after harvesting of various crops, after plowing, row-spacings in gardens and vineyards, and also for preparation of the soil under crops.

GDU is made in several executions which differ in width of capture and a way of an agregatirovaniye with a tractor:

Transition from transport situation into position and vice versa is carried out by means of hydraulic system established on a hook-on harrow (Ris.1) and by means of the tractor hinge plate cylinder for a hinged harrow (Ris.2).

Consists from 4kh batteries with disks established on a frame in the form of a letter X. At the request of consumers of a harrow can be equipped with both smooth disks, and gear, the combination, in front gear, and back smooth or on the contrary is also allowed. For increase of efficiency of processing of the soil, behind a harrow the gear crossbeam which in addition crushes lumps is established and levels a surface (Fig. 3)