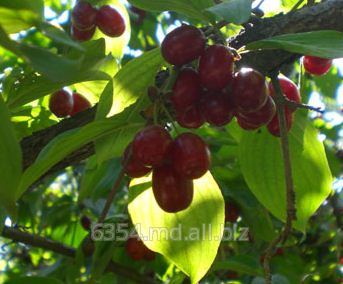 In stock
Reconfirm the price with seller
Seller
Association APP Bacifera
Moldova, Chişinău
(View map)
+373
Display phones
Call
Description
The cornel is in most cases a bush 5-7 meters high, sometimes a small tree. In the beginning, in Ukraine, it was grown up in the Crimea, but now it is grown up also in other areas as amateur gardeners, and at experimental stations.

Now it is widely known also in the European countries: in France, Italy, Poland, Czechoslovakia. In Bulgaria it is considered a garden plant and grows almost in each yard. In a wild look the cornel grows in the Crimea, Moldova, in the Caucasus, in Zakarpatye. It blossoms very much early, from the middle of March, plentifully, bright yellow flowers, leaves have characteristic pronounced longitudinal streaks.
Contact the seller
Cornel