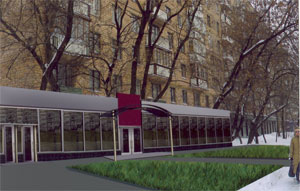 Consequences of economy of means at installation of plastic windows

In stock
Reconfirm the price with seller
Call
Seller
KAMELEON
Moldova, Chişinău
(View map)
+373
Display phones
10
10 years on Allbiz
Description
It should be noted at once that the good glazing will not manage to be made cheap. It is theoretically possible to act this way: to order windows from the most qualitative components, and to save on the difficult and expensive opening designs, having preferred them deafs which are cheaper many times. But after a while you will understand that it is almost impossible to wash such window outside, and to use it when on the street bad weather, extremely inconveniently. It is possible to go some other way: in a window everything will open literally, and the economy will be reached on quality of production and cost of materials, accessories. Only then you will find out that at a window a disgusting noise isolation, it mists over, sagged and faded.

The first step to economy of means - to find an optimum configuration of deaf and mobile parts of your windows.

Further many simplify a task. Having chosen some one combination of a profile for a frame of a window and, actually, the double-glazed window - is ordered by all windows of the same type. And sellers to it urge on: "You have identical windows all will be?".

And whether they are necessary identical? On a loggia with a big area of a glazing it is more reasonable to put double-glazed windows with the improved heat-shielding whereas in kitchen the high heat-shielding to anything - is better to put the window capable to be slightly opened as entirely, and having formed a small crack. In a drawing room you, for example, will want to put usual, and in a bedroom - noise-insulating steklopaketny windows. At the same time owners of cottages can have in general special requirements - that glass of a window was armor a film that had burglar retardant fastening and locks that had the required invoice of external finishing of a frame. Also you should not forget about mosquito grids. They, certainly, will be necessary for you in the summer, and their cost is so insignificant that it is more favorable and simpler to establish them at once! Mosquito grids will cost to you much more dearer if you forget to order them together with windows, both on production, and on delivery.