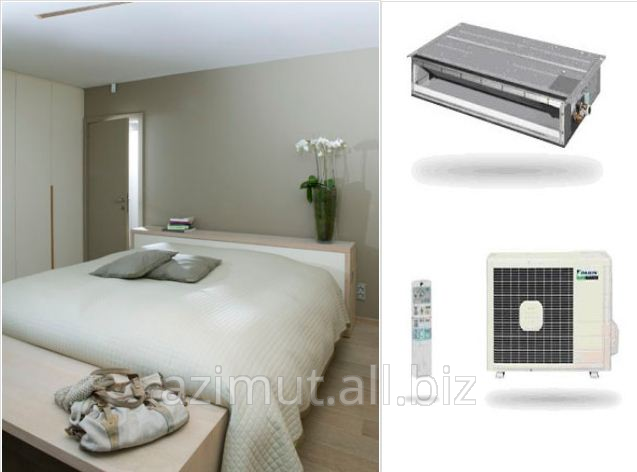 Cassette Daikin FCQ-C8/RZQ-EV conditioners can maintain temperature with a margin error all 0,5os thanks to the Auto Fan Speed function. At the same time the noise level of the conditioner is minimum. The fans installed in conditioners with this function have 8 speeds of rotation from which are available to manual inclusion 5, and 3 (most "powerful" and two most silent) speeds of rotation can be included only automatically.

Thanks to the Dry function, relative humidity indoors can be maintained at the level of 35-60%. The Dry mode not only positively influences health of people indoors, but also saves the electric power due to periodic change of speeds of the compressor and the fan of the internal block at preservation of constant temperature.

Developed by the Daikin company, the Inverter power control technology, is capable to provide smooth change of productivity of cassette FCQ-C8/RZQ-EV conditioners at the same time reducing the noise level and danger of emergence of drafts in comparison with ordinary conditioners. At the same time temperature is indoors maintained with an accuracy +/-0,5os