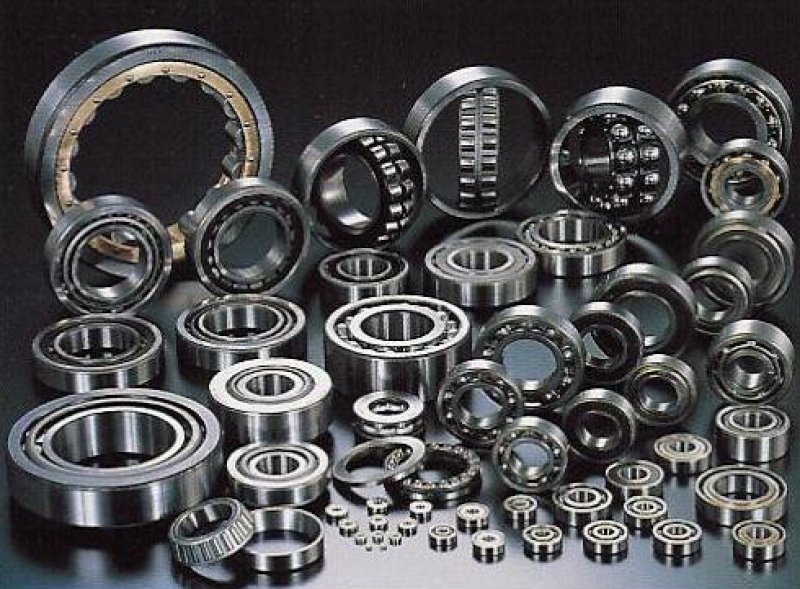 The standardized designation of bearings

Interchangeability of the bearing from different producers. In not boundary coditions, when there is no specific requirements to bearing block, replacement of the failed products with bearings from different producers is allowed. The main thing in such situations that the replacing part approached on leading dimensions. Data on the sizes are applied on end faces of rings or on outer surface of outside ring. In case of small-size precision bearings accompanying documentation is specified on packaging. The settled marking of bearings

At the moment three standards on marking of bearing blocks work in the world:

ISO/DIN - the most widely used standard

GOST - the standard accepted in Russia

ANSI/AMBA - system of the American standards.

The catalog of the bearing maloinformativen without full designation

The marking specified on the bearing often does not bear all necessary information. In such cases manufacturers specify all data on packaging or in accompanying documentation. In some situations to customers the unique engineering solution for certain operating conditions is required. At the same time the ordered products it is also marked by the producer. But the put designation of bearings has no communication with the accepted standards and comprises only number of the drawing. When replacing such bearings it is necessary to consider this factor.

Reasons of breakdown of the bearing.

the bearing, as well as any part, despite the durability of design, and durability in work, has property to break. Premature failure of the bearing can happen for various reasons. So, can be basic reasons:

· abnormality of mounting of the bearing, namely overclamping of coupling cone coupling at rough mounting,

· the wrong adjustment, and also defects of geometry because of which the backlash and overheat of part appears;

· impurity of the bearing, parts which got inside solid or liquid foreign debris damage the pressurizing consolidation that leads to lubricant leak;

· use of the bearing at loadings, unacceptable for it;

· the electric current passing through the bearing.

Usually at the reasons of breakdown described above the faulty bearing needs to be replaced on new, especially if at its external survey it is visible the following unremovable defects:

· chips or cracks on rings, balls or separator;

· dents or dents on surface of path of swing of external or internal rings;

· knock or the increased noise in the bearing, even after its washing;

· the deep scratches on paths of swing of rings located across swing motions of bodies;

· accurate prints of balls on paths of swing of rings;

· chipping or peeling of surface of path of rings;

· the damaged mounting surfaces of the bearing.

In other options replacement of the bearing can be postponed, and malfunctions can be repaired. But for a start it is necessary to carry out diagnostics of uncorrected part.

Diagnostics at repair of the bearing is carried out in such sequence:

1. by means of the extracting screw it is necessary to remove internal ring from shaft;

2. establish defect of the bearing by its survey, its check on ease of rotation and noise, and also having measured its axial and radial clearance;

3. define whether full replacement of worn out part is necessary;

4. reveal degree of wear of the bearing, having measured gap between ball and path of swing;

5. results of all measurements need to be compared to nominal rates.

Repair of the bearing can be separated into 2 look:

· without partition of balls;

· with partition of balls.

Resort to the first option of repair when diagnostics shows that with balls of the uncorrected bearing everything is all right what you will not tell about other its parts. Actions at such repair, can life different, depending on defect: from replacement of external and internal rings, polishing of their boards or paths of swing, before boring and replacement of separator.

The second option of repair is applied at detection of defects in the balls demanding their repair or replacement. For example, at stamping damage because of what there is loss of separate balls or rollers. At such option of repair the faulty bearing needs to be disassembled completely then perform inspection of all parts. At survey it is especially necessary to pay attention to whether there are cracks around transition of the basis to crossing points. Rings and balls of the bearing need to be ground well. Then it is necessary to make replacement and mounting of new balls. At the same time it is necessary to remember that all replaced balls, shall be one diameter and one form with those which were established at plant.

After replacement of old defective parts on new and final assembly of the bearing, its work needs to be diagnosed repeatedly that it will be convinced that defects are completely eliminated.