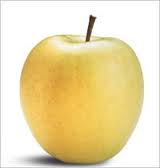 In stock
Reconfirm the price with seller
Ghermes-Agroservice, SA
Moldova, Chişinău
(View map)
+373
Display phones
Call
Products of other enterprises
Description
American grade of winter term of maturing. It is selected in the USA as a casual seedling of an unknown origin, allocated from the VNIIR collection for a skoroplodnost, high and regular productivity (79 kg from a tree), excellent tastes, a good lezhkost, resistance to diseases and wreckers. Drought resistance and winter hardiness averages. The grade was widely adopted: it is zoned on all southern states of the CIS, the South of Russia. More than 25 years was the main grade in apple orchards of the European states.
Tree srednerosly. Krone at young trees cone-shaped, at fructifying - shirokookrugly, gustovetvisty, well oblistvenny. Under long-term loading of fruits of a branch droop, the krone becomes plakuchy. Skeletal branches depart from a trunk at an acute angle. Bark dark gray. The fructification type mixed and on 2-year and last year's prirosta garlands of fruits as on each kolchatka about 3-4 fruits remain are formed.


Escapes of average thickness, curved, slabokolenchaty, light brown with a green shade, poorly trimmed, with large, oval, gustorazbrosanny chechevichka. Leaves are wide oval, with the roundish basis and the small extended tip, in average degree put, sheet edges double, is more rare troyakozubchaty, gently rolling. Opusheniye weak, coloring bright green, surface smooth, brilliant. The sheet plate forms an acute angle with a stalk. The scape is long. Stipules of the average size, lantsetny. In nursery the coeval's stalk light brown with a yellow shade and weight large accurate roundish chechevichek or strokes. The leaf is silnomorshchinisty, with a thick scape, shirokolantsetny stipules, the sheet edge gear gorodchaty. The coeval's top with the shortened interstices and leaves, silnoslozhenny in a wide tray, having wavy edges. Flowers average in size, blyudtsevidny, white with a weak pink shade, with the long trimmed column of a pestle, a rylets are located at the level of boots
Contact the seller
Apples golden Delishes