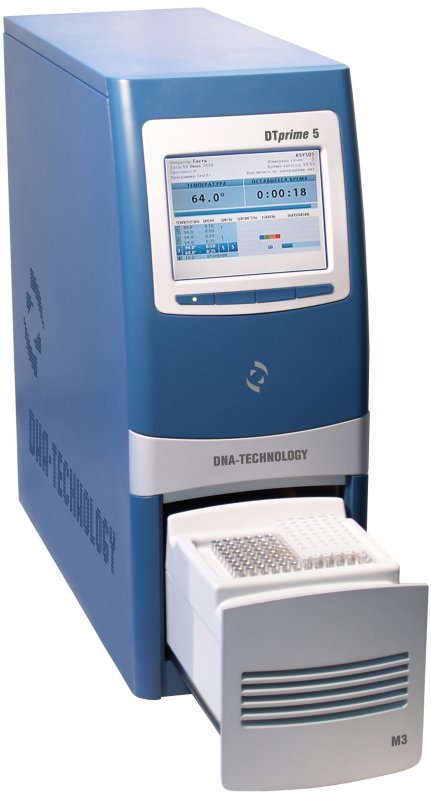 DTprime is the optimum choice as for the diagnostic laboratories demanding high capacity at implementation of routine analyses and for scientific institutions where the possibility of optimization and thin adjustment is important.
Control of the device is exercised by the software of DTmaster with the Russian/English user interface, uniform for all amplifikator of the DT series with detection of results of PTsR in real time.
Simple and intuitive management with use of the Test function considerably reduces time of the operator on creation of protocols and minimizes a possibility of mistakes. Also the software contains appendices for quantitative assessment of DNA/KDNK, the analysis of curves of melting, determination of level of an expression of genes, researches of biocenoses and the SNP analysis, allows to use function of "additional standards" and to form protocols of a research with automatic interpretation of the received results.