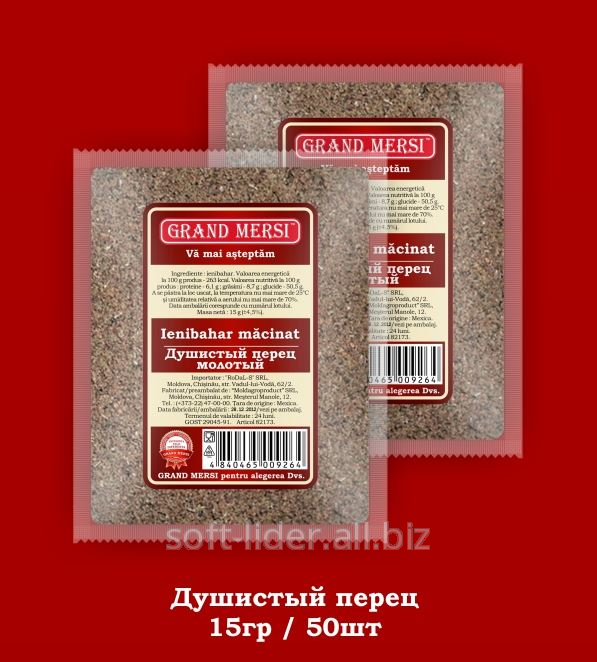 Jamaican Allspice (Latin Pimenta officinalis), also known as pimento (isp. pimienta) - the unique spice combining aromas of a carnation, nutmeg, ginger, cinnamon and black pepper. In the majority of the countries of the world it is called a pimento, and it because Spaniards mixed allspice with
black (pimienta). It zabluzhdat even more all as Spaniards called "pimientos" and red hot pepper.