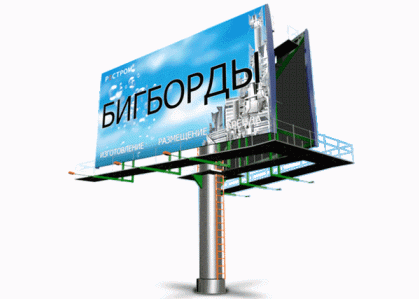 Reconfirm the price with seller
Seller
BEJVALCOM-NORD, SRL
Moldova, Beltsy
(View map)
+373
Display phones
Call
Services of other enterprises
Description
Billboards (or as they are incorrectly called sometimes - bigborda) - billboards that they settle down along roads. Often advertizing on a billboard is placed from two parties (And yes B). The party And a bigborda - in the direction of the movement of the road, B - against. Advertizing on the party And is always more expensive than a bigbord.

The most demanded format of a billboard - 3 x 6 meters. On the majority of billboards illumination for the best visibility of advertizing is established at night.
Contact the seller
Advertizing on billboards